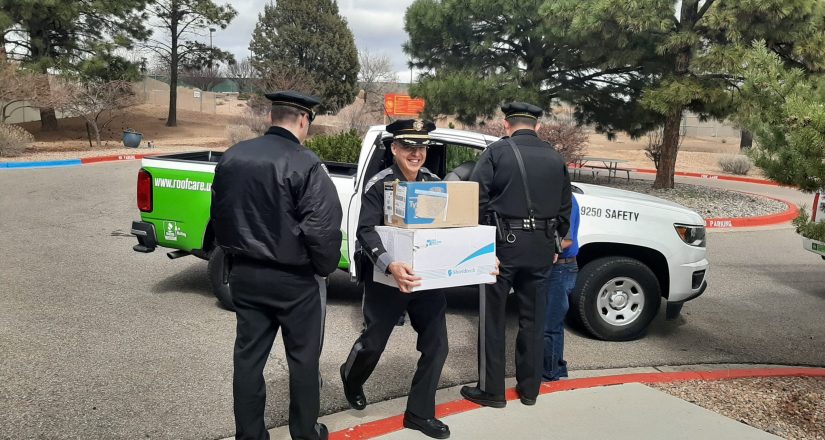 “We’re really appreciative of you donating supplies at a time like this,” Major Luis Hernandez with State Police Special Operations Bureau told representatives of RoofCARE as they handed over the supplies to officers. “We’ve been looking to acquire more, but they’re hard to come by and this stuff goes by really quick.”

Health and Safety Officer, Kevin Wilson tells Santa Fe Responders he heard that first responders were feeling the impact of COVID-19 supply shortage and he knew that RoofCARE, which has branches in New Mexico, Houston and El Paso had a supply of the needed items stored and immediately arranged the donation.

“They’re the first company to step up to the challenge, they set the bar for everyone else,” Hernandez said.

This is not the first time RoofCARE has stepped up to serve its community. RoofCARE has a philanthropy program called Roof Angel implemented where RoofCARE donates roof repairs to non-profits in need.

RoofCARE would like to ask other companies to also donate safety supplies to our first responders and medical professionals.